* NOTICE * THIS FREE BOOK GIVEAWAY IS ONLY AVAILABLE FOR A LIMITED TIME! 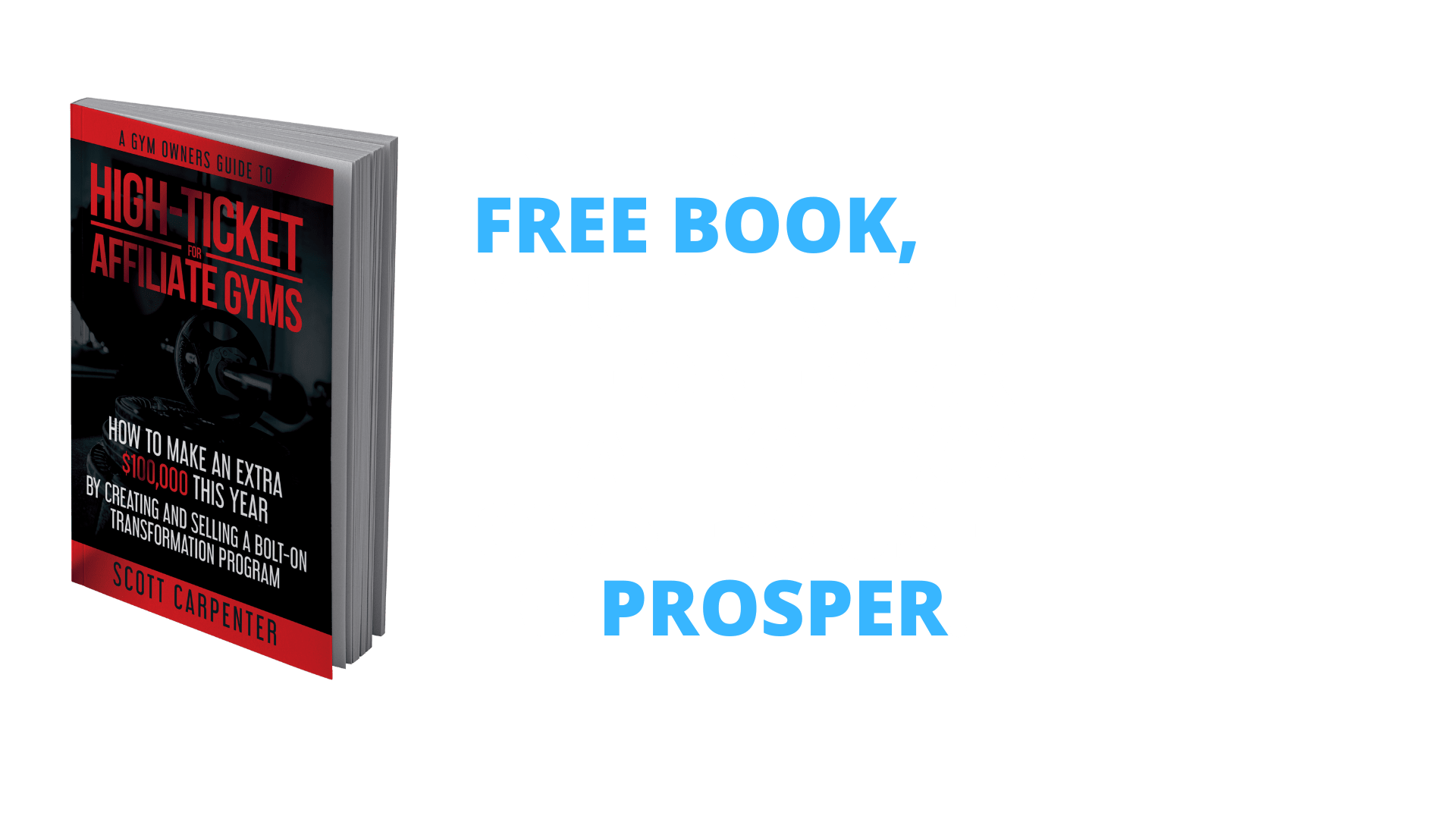 I'll pay for the book, you cover the small shipping fee!
Tell me where to ship you FREE copy today!
- Scott Carpenter

1
shipping
Where To Send Book?
2
FINALIZE
Ship My FREE Book
Please verify your address is complete.
Send My FREE Book Now!Click Here to Complete Order
The High-Ticket For Affiliate Gyms book retails for $18.99, but we bought it for you! We just ask that you pay shipping/handling to receive it (just 5.99 US only). LIMITED TO ONE FREE BOOK PER CUSTOMER
Edit Shipping Details
Item
Shipping Cost
$5.99
$9.99
Your order has been declined. Please double check your Credit Card Details or contact support for information.
Credit Card Number:
CVC:
Expiry Month:
Expiry Year:
Item
Amount
Dynamically Updated
$XX.00

.mp3 Audiobook & eBook One Time Offer - Only $9.99: Send me the e-book and audiobook copy of "High-Ticket CrossFit"! Check YES to add this special offer to your order now (this offer is not available at any other time or place)

SEND ME MY FREE BOOK NOW!
100% Secure & Safe Payments LIMITED TO ONE FREE BOOK PER CUSTOMER

GIVEAWAY OF THE DAY (3 ADDITIONAL BONUSES): You will also get instant access to:

The Story Behind
HIGH-TICKET FOR AFFILIATE GYMS
I knew I was obligated to write this book after I received a voice message from a 9-year CrossFit gym owner in Louisiana- whom we had been mentoring and teaching the techniques in this book for just under one month.

It was Tuesday, August 24th, 2021 at 5pm. I was in my home office working late on revising some of the training videos we were making for our gym owners.
My phone chimed with the usual tone from Facebook Messenger, slightly different from a text. With a casual glance, I was excited when I saw that it was Lauren. She took a huge gamble working with us- she’d hired and worked with so many mentors and programs over the years, but she was still trapped by her business in spite of working her ass off for nearly a decade.
You know the feeling- you keep working harder and harder, spending more money on education, mentorship, continuing education, and leadership. Yet, while you may be doing marginally better financially- there still isn’t enough money going around to pay other people well so that you don’t have to be the CEO, CFO, COO, Marketing Director, Ads Manger, R&D Lead, Staff Manager, Babysitter, Coach, Recruiter, Nutrition Coach, Only Person Who Reaches Out To Old Clients, Punching Bag for Shitty Member’s Complaints, and maybe even Floor & Bathroom Cleaner.
Lauren was supremely talented, incredibly hard-working, and had invested in herself and her business over the years. But the stress, the setbacks, the ever-present 50+ hour work week with no relief in sight, and the feeling of being trapped by her business was taking its toll. When we first spoke, four weeks earlier, I could feel the pain the past 9 years of operating her business had taken on her, her husband, their relationship, their health, and their children. 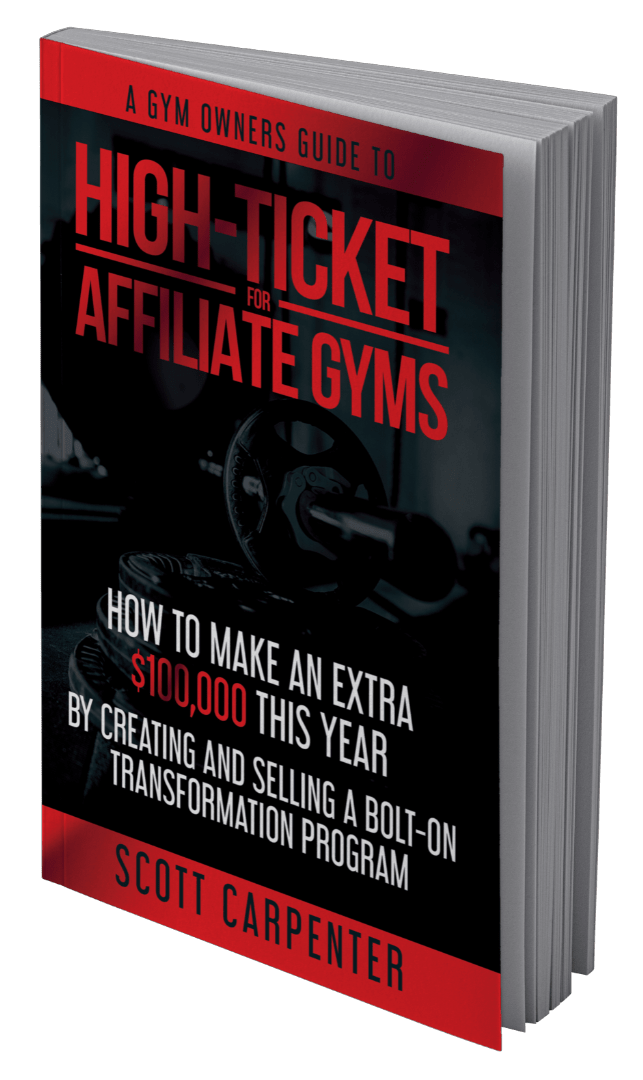 Send Me My FREE Book!
“I can’t keep doing this…” she said holding back her tears. “I’ve tried everything. I’ve hired so many mentors and spent so much money. This has to be it. I just can’t keep going on like this.”

My heart bled.
I know that pain. I’ve had two locations that melted down- the first because the person I trusted the most ended up screwing one of the female trainers at the first location- denied and covered it up- until it caused a mutiny and the place completely fell apart.
But instead of firing him, because I thought he was fundamentally a good person who (because of personal hardships) made some bad decisions, I gave him a second chance and relocated him to the other studio that I was working at.
And, as you can probably guess, he did it again. He hooked up with another female coach. Almost all the staff from both locations left. And yes, became a competitor and opened up a business, with cheaper rates, a few blocks away.
So after I fired him, I was left with two locations that imploded, hardly any staff, and long-term personal guarantees on the leases which would spell bankruptcy.
I worked 60-80 hours per week, taking 4ams and finishing past 8pm, working Saturdays and Sundays.
I had no other choice- at the time, I had a newborn son, a girlfriend to make my wife, a mortgage, a car payment, and previous little savings.
So yes-
When Lauren gave me her story, shared her pain and desperation, I felt it.
But she had her doubts- after all, her CrossFit group rates averaged $129 per month, had a bit of one on one private training, and offered nutrition coaching at $99 per month (not bad, but the number of hours she was servicing was terribly high. And, with low rates, it wasn’t economically feasible to have someone else do the work- particularly with low renewal rates).
In her small town, she, rightfully, had doubts that anyone would or could pay $2,000, $3,000, or $5,000 for a 9-12 week program.
She had to overcome that doubt, plus learn and develop the confidence that she, and her services, were worth that kind of money.
But within the first week of working together, she sold her first High-Ticket Transformation program, which was 3 times per week group CrossFit with a weekly 20-30 minute Coaching Session:
And, just a couple days after:
By the end of the first 4 weeks with us working together, Lauren sold $17,500 in new business in 5 sales from only a small handful of leads- something that would have been utterly impossible had she not added a High-Ticket offer.
She would have had to sell 61 memberships to hit that amount, or serviced 79 nutrition coaching clients. And who on earth has that many warm leads coming in to their business to make that happen?
Instead, she did it by closing 5 Perfect Consultations. That’s it.
So back to my cozy home office on Tuesday, August 21st- I was working late creating more training content for other gym owners we began working with. I knew what we were doing was important, but when Lauren’s voice message came through on my Facebook Messenger, it changed everything for me.
Immediately she began choking up, and I couldn’t help either:
“It’s so important for me to just thank you guys so much. I’m super emotional right now because… in 9 years of business. I’ve never, I’ve never felt this type of freedom…
And it’s just really important for me to say thank you, because I can truly so that for the first time in 9 years… I feel free.”
It wasn’t so much of what she said, it was the way she said it. It was at this moment that this became something else, something bigger.
This was the moment that I knew there was no turning back- that this was something that I had to do. It wasn’t something I couldn’t just take on a gym owner or two if I felt like it.
This is something that I have to do because there is no other choice.
So that’s why I wrote this book, and that’s why it’s my mission to get a copy in every CrossFit owner’s hands.
I want to help you make an extra $100,000 this year. Are you ready? Let’s go!
- Scott Carpenter

Are You Ready To Follow Your Dreams, Dominate Your Market, And Become Unbelievably Successful? 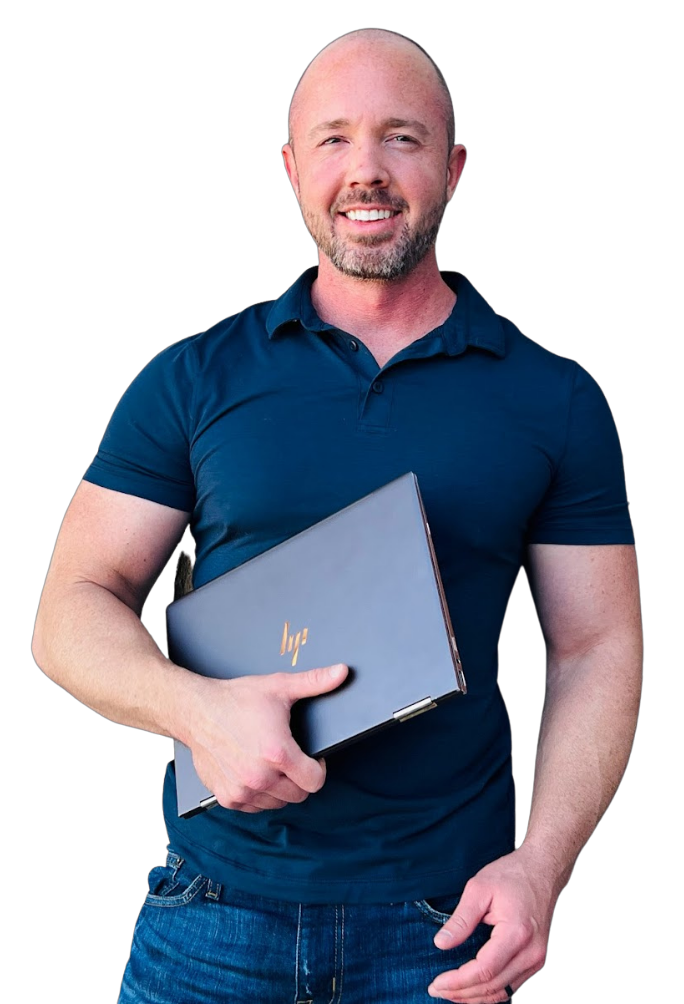 Copyright ©2022 | All Rights Reserved
CrossFit is a registered trademark of CrossFit Inc., which is not affiliated with the author or publisher of this book and has not endorsed it in any way. All use in this book of trademarked names is strictly for editorial and descriptive purposes and reflect solely the views of the author. Words or terms that the author has reason to believe are trademarked are designated as such by the use of appropriate capitalization. No commercial claim is made to the use of trademarked names by the author or the publisher of this book.
Privacy Policy